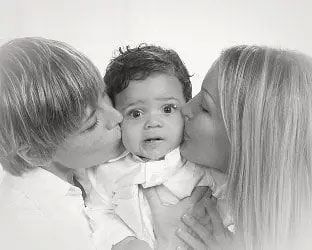 There are many children around the United States in need of loving homes, many of whom will spend their lives in foster homes till their eighteenth birthday. However, there are also many lesbian and gay couples and singles who are able and want to raise and provide a home for children of their own or to adopt. Some are able to and some are barred from doing so because of their state’s law against same-sex marriage, the LGBT community and their adoption rights. Still, that doesn’t change the mind of gay and lesbian couples who want to start a family.

For some couples though neither parent is a biological parent and both adopt through an agency if their state allows it. Still, for many this option is not available and many lesbian and gay couples are left childless and children left with out a loving family. Children who are often overlooked could be welcomed into the homes of lesbian and gay couples or singles. Yet some states refuse to allow gay and lesbian couples to adopt even if the child will be in a loving and nurturing environment.

Some believe that having two mom’s or two dad’s will make the child gay when that is just not true. Or that the child will grow up not “normal” and/or will be teased as they get older. The world is changing and so is the American family. Just as some families have one parent, some have two mom’s or two dad’s. It’s a reality many “traditional” people don’t want to face but are only holding up the inevitable. What a lesbian or gay couple does in the privacy of their home or the family they raise is their business.

Heterosexual couples are not the best at parenting for they too raise children who are not “normal” and gay. As long as a child has two loving and nurturing parents who provide a loving home, what more can you ask for.

Some may argue that a lesbian couple can’t raise a boy or a gay couple can’t raise a girl. It’s no different than a single mom raising her son or a single dad raising his daughter. Just as long as there is a loving family in place then that boy will have a male figure to look up too or that girl a female figure. It can be an uncle or aunt or grandparent or a good friend of the family, whichever it is gay and lesbian couples are capable and can raise families too.

For information on individual states and their laws involving same-sex couples and adoption, couples and singles can visit Lambda Legal Defense and Education Fund at www.lambdalegal.org

Friends in Adoption welcomes ALL Families. If you are a LGBT Community Member and have questions about adoption, click here to view our Q&A page.

Friends in Adoption: Offering Adoption Services that are Kind, Compassionate and Pressure-free… for over 30 years.